Home » Getting a Date With Someone You Blew Off

Whoops…For whatever reason, you blew off someone you met through online dating. Maybe you got scared or spooked? Maybe you thought you weren’t interested and then you realized you were? We’re not here to judge. Everyone makes mistakes. What we are here to do is to try and help you right the wrong and get a date with someone you blew off. 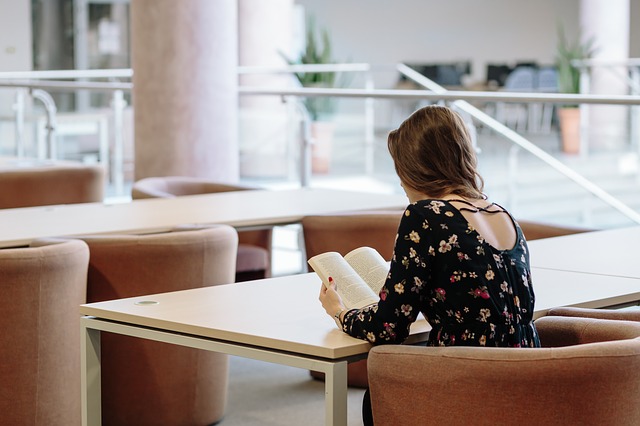 Know When It’s a Lost Cause

One of the toughest parts of this whole equation is knowing when you just have to accept that you screwed up and it’s time to move on. While we’re all for giving it a go, there going to be some situations where you really should just pack up and move on to the next one.

What it really comes down to is how exactly you blew them off. Let’s look at some common ways that people blow off dates and let you know whether you should continue reading this guide or head on over to find someone new.

If you ghosted them (disappeared with no reason), believe it or not you can come back from this!

If you scheduled a date and just didn’t show up, this is going to go into the lost cause category. Standing someone up means you’re dead in the water. Time to move on.

If you cancelled a date last minute, it’s going to be a toss up on whether or not it is recoverable, but we think you should at least give it a shot if you are still interested. Just as a side note, cancelling the date AFTER it’s schedule start time is the same as not showing up. If they had to leave their house and then didn’t get to see you, that’s not going to be recoverable unless you have the most insane excuse as to why.

There are probably other ways that you can blow off a date, but those are the three main ones that we’ve seen. As long as you didn’t completely stand them up or cancel after they had already left their house, then you do have a shot at reviving things. It’s usually not a great shot, but there is hope.

You Have to Apologize and Give a Reasoning

So, what’s the first step to getting a date with someone you blew off? The first step is to reestablish contact and see if they’re even interested in still talking to you. A lot of times after you blow someone off, they’re just going to cease conversation and move on. Frankly, you can’t really blame them for it.

If they are willing to talk to you, though, the first thing you’ll want to do is apologize and give them a reason for what happened. A few things to point out…First, your apology better be sincere. Second, you need to give them the honest reason that you blew them off even if you think it’s a terrible reason.

You’d be surprised at how accepting people can be when you give them the truth. If you lie and make up some sort of crazy story, that’s rude and they’re also going to see right through it. But, they’ll hopefully respect your honest even if it’s not “the best” reason in the world.

For example, let’s say that you got scared and didn’t want to go because you haven’t been on a date in years. That’s okay! A rational person is going to respect that and probably be open to trying it again. You might think that is a silly reason, but again, they will probably respect the honesty. Showing them an emotional side of you is much better than telling them you were abducted by aliens or were involved in a high-speed pursuit or something crazy that didn’t really happen.

Even if you just forgot about the date completely, you should tell them that. Most likely they’re not going to be too happy, but you’d be surprised how people respond to an apology and honesty.

“Hey, I have to apologize for missing our date last night. To be honest, I got caught up in work and completely forgot. I was excited all week to meet you and then work just consumed me. I know that’s a terrible excuse, but I wanted to be honest with you. Do you have any interest in giving meeting up a second shot?”

Something as simple as that will hopefully give you the best shot of getting a second chance.

Sometimes It Will Require Patience

You may want them to immediately write back that it’s okay and they can’t wait to meet you! But, that’s not reality. You see, when you blow someone off, they can sometimes take it personally which is something that people might be hesitant to forgive.

Be prepared to give them time to come around. A lot of times you’ll send your message to them and they might not respond for several days or even a few weeks. There’s no need to send another message; just be patient. If they never write you back, then you can go ahead and move on. But, we’ve heard from a lot of singles who get a message a few days or weeks later where the person is ready to give it another shot. Maybe it’s taking them that long to decide or maybe they just wanted to put you in a little bit of timeout? Either way, be excited because you got your shot again.

Sometimes the person you blew off might respond telling you that they need some time to think about it. If that’s the case, tell them you completely understand and they know where to find you when they’ve had time to think. Do not send them another message. Let them get back to you if they are interested in giving going on a date another try.

Do Not Blow Off Your Date Again

Holy moly, for the love of everything holy, if you get a second chance, do not blow it again. You better set 800 reminders about the date and go do whatever you need to do to make sure you have the courage to make it out. You also better be obnoxiously early to the date spot and do everything you can to show that you are different than the first experience they had with you.

You’re going to be playing from behind, but you got a second shot so you need to make the best of it. If you blow your date off for a second time or even if something legitimate comes up, you’re never going to see them again unless they are crazy. If you earn that second date chance, you better make the most of it.

Be Prepared to Move On

Sometimes, you’re just not going to get that second chance that you’re looking for. When this happens, it’s okay because as they say, there are plenty of fish in the sea. Don’t dwell on your mistake, but do learn from it. Make sure with the next guy or girl that you go out with that you don’t blow them off. It stinks when we make a mistake, but with people that we barely know we’re not really going to get the benefit of the doubt often.