Protect Yourself From Being Catfished with Online Dating 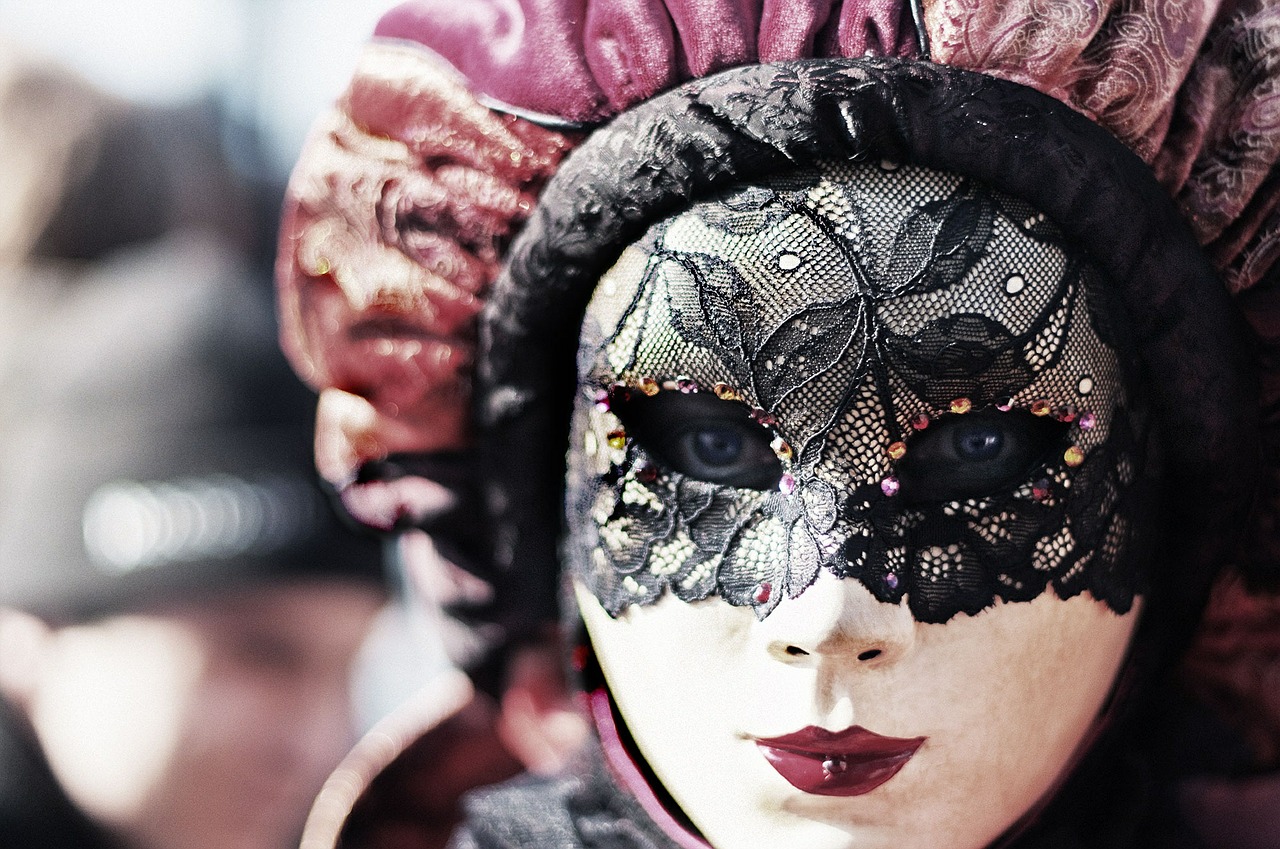 One of the worst things that can happen to anyone dating online is being catfished. If you’ve never heard of this before, it’s a terrible craze that seems to be sweeping the world with growing popularity. In this guide, we’re going to talk about what catfishing is and give you some tips to protect yourself from being catfished.

What is being catfished?

Catfishing is when someone online pretends to be someone they are not. Usually, they’ll take on someone else’s identity by using their name, photos, and anything else they can get their hands on. When this spills over into the online dating world, it can get painfully ugly. Imagine talking to someone and maybe even falling in love with someone only to find out later that they are not who they say they are. This is catfishing, and it’s nothing short of cruel.

Catfishing can take on several different levels. The lowest level of catfishing is when someone keeps their own identity, but lies about certain characteristics of themselves. For example, if someone uses photos that are photoshopped or don’t accurately portray who they are, this is a mild (but still cruel) form of catfishing. The other end of the spectrum is when someone completely takes on an identity and sometimes the identity of someone of the other gender!

We’re not going to get into why people do this because that is a whole other discussion, but just realize that it exists and it happens even if it seems crazy to you.

As you can imagine, finding out that you’ve fallen victim to catfishing can be embarrassing, heartbreaking, and emotionally and sometimes financially painful. But, with a little proactiveness from you, you can greatly reduce the risk of getting catfished. In the sections below, we’re going to give you some simple to follow tips to protect yourself from being catfished.

Tips to Protect Yourself From Being Catfished

Realize You Can’t 100% Protect Yourself From It

What a terrible first tip, right? Well, we just wanted to be as upfront as we can about this issue. While the rest of the tips in this guide are going to help protect you from most catfish, it can’t protect you against all of them. The point, though, is to try and eliminate the time, effort, and resources that you wasted on these liars. That way even if you are getting catfished, it doesn’t take a huge chunk out of you emotionally or time-wise.

If It’s Long Distance, You Have to Video Chat

Most catfishing incidents or at least the really bad ones take place when people are dating online long distance. When you have an easy excuse not to see someone in person, it makes it a lot easier to hide who you really are and take on a different persona. So, how do you make sure the person in the pictures you’ve seen is actually the person you are talking to?

If someone refuses to video chat with you or always has excuses, then this needs to be a huge catfishing red flag. If they refuse, you need to set an ultimatum that they speak with you via video chat or you’re going to move on and go your own separate way. This might seem harsh, but this is the single best way for you to protect yourself from getting catfished.

You have to ask yourself, why would someone not want to video chat with someone they are getting to know on a romantic level? The answer is that anyone who was serious and was who they say they are would want to. Sure, they’d be nervous about it as you probably would be, but it’s a lot like a first date. Everyone is nervous, and that is part of the process.

We’ve heard every excuse in the book, and none of them are good. My internet connection is bad here…I don’t have Skype…I prefer to talk via text…My phone is broken, and Facetime doesn’t work…The list can go on and on, and none of them are good excuses. Be prepared to set an ultimatum if you keep getting the run around from someone you’ve been talking to for a while. There should be zero reasons that you get more than a month into talking to someone in online dating that you haven’t met in person or video chatted with. Since we’re talking long distance here, it will be video chatting.

Courting is a fancy old person word for dating or getting someone to like you. This process obviously can take time and can take a little longer than usual if both people dating are busy people. But, at some point, things need to progress, or you’re just going to be spinning your dating wheels and setting yourself up for a potential catfishing.

We’ve already talked about how long that should be with long distance relationships. Any longer than a month without video chatting and things need to get cut off if that is not fixed. But what about with dating someone who lives in the same city as you? Well, if you’re speaking regularly online, you should be looking to set up a date no later than a month after you start talking. If it’s been two months and you’ve not met in person, then it’s time to set an ultimatum or move on to someone else.

Even if the person isn’t catfishing you, if they can’t make time to meet you in person in two months then they don’t have time to be dating or don’t care enough about you to make time. Sorry for being kind of harsh, but it’s the truth.

How do you make this ultimatum? Well, you can do it gently, but you still need to be firm. Before you do this, you need to make sure that you’ve tried to set up dates. Suggest times and places and see if you can set something up. If they are constantly too busy or always having to cancel or aren’t available, then it’s time to put down the ultimatum. Here’s a sample of what that might look like.

“Hey! I wanted to talk to you about something. I’m enjoying getting to know you and really like the part of you that I’m getting to know. But, it’s important to me that this isn’t just an internet relationship and that we actually meet in person. I know we’ve been trying to meet up, but you seem to always be busy, and I’m starting to get frustrated. If you’re too busy to date right now, that’s okay, just let me know. But if you aren’t too busy, I’d like to meet up sometime this week. If you can’t, I’m probably going to suggest that we go our separate ways.”

This is nice, straightforward and gets our point across. If you want to use that word for word, go for it. The point is that you have to set an ultimatum to meet up with a time frame on it. And, if they are unable to meet your time frame, stop letting them make excuses, cut off contact, and move on to the next person. It’s about self-respect, and if you let people walk all over you, they will. Even if it’s not a catfishing, it’s not fair to you to have to wait around for months just to get some face time with someone who is supposed to care about you.

The best judge and helper in all of this is your intuition. If things don’t seem right, don’t err on the side of giving them the benefit of the doubt. That’s okay to do initially, but once it starts to become habitual, it’s time to trust your gut and make them prove they are who they say they are. This can be tough to do when you’re in the situation, and you really like the person you’re talking to.

But, you need to realize that when things don’t add up, they aren’t just going to magically get better the deeper you get in. Most people that get catfished hard do so because they refused to trust their gut and didn’t want what they had to end. Even though they thought there was a chance it was fake, they wanted to hold onto the belief that maybe it wasn’t. All this did was make things harder and more painful in the end.

Trust your gut and if it seems like something is wrong, get to the bottom of it or get out. Bad news does not get better with time.

Verify Where You Can

The internet is a glorious place with tons of resources where you can look to validate things that people say. If someone tells you information and facts about them, it’s okay to try and verify those especially early on in a relationship. Now, don’t go overboard and start stalking the person and staking out the places they say they frequent. But, you can use Google and social media to try and validate that they are who they say they are.

Here is one big disclaimer with this tip. Just because you can’t validate a few things does not mean that you are getting catfished. Sometimes things are not updated properly online, or there is incorrect information. Don’t jump to conclusions and think you’re getting catfished just because you can’t verify certain things. But, if you can’t verify things and you’re running into some other fishy stuff, you might want to dig a little deeper or drop the ultimatum to meet up or video chat a little sooner. 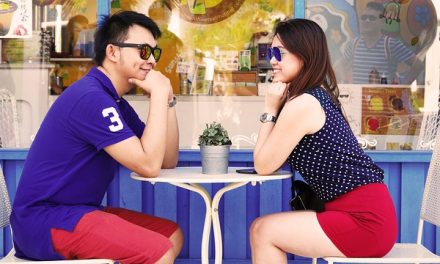 When should you follow up after a first date? 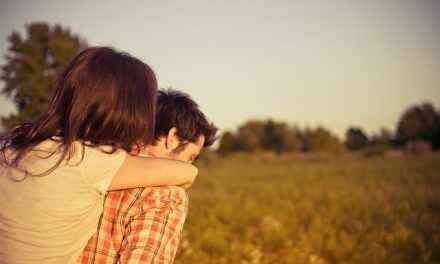 How to Get More Online Dates 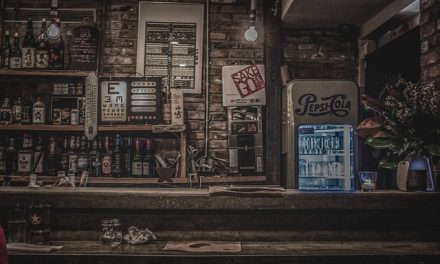 The Guide to Grabbing Drinks on a First Date 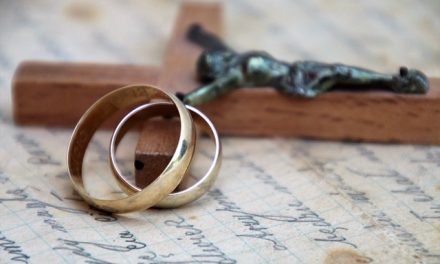