Home » The Pros and Cons of Dating an Older Woman

In the old days (you know like a few years ago), people would call you a cougar-hunter or something like that if you even thought about dating an older woman. It wasn’t an insult, but it implied that you were doing something that was way out of the ordinary. Today, though, society has made a big adjustment to being more accepting of a man dating an older woman as a normal relationship.

Today, we’re going to talk about the pros and cons of dating an older woman. The goal here is to give you an unbiased look at both sides of this sort of relationship. Hopefully, this will help you decide whether dating an older woman is a good fit for you or if you should stick around your own age bracket. 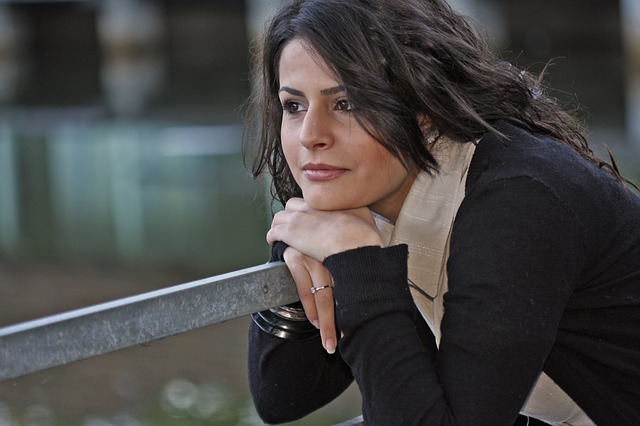 Pros of Dating an Older Woman

Tired of dating women, excuse me, girls who just don’t know what they want? They can’t decide if they want a serious relationship or if they just want to date casually. Heck, they can’t even decide what they want to eat for dinner let alone make a decision that would help you plan your life out a bit better.

This is not what you can expect to get with an older woman. Older women have already worked through their indecision phase and know what they want out of life and a relationship. Do they all want the same thing? Definitely not. Some are going to want to get serious quickly and look at marriage while some just want someone to have fun with and no strings attached.

Regardless of what the older woman you’re talking to wants, you’re going to know what it is. She’s not going to cryptically hide it from you or make it some detective game for you to try and guess what she’s thinking or what she wants. She’ll know what she wants, and she’ll make sure you know it as well.

Contrary to what you might see on all these nutty Real Housewife shows, most older women have it together. They’ve lived through enough drama and are well past the stage where they enjoy it. For you, this is awesome. This means that all the silly petty stuff you deal with from girls your own age will go out the window.

When they feel a certain way or want to say something, they’re not going to play games with you. They’ll have an adult conversation with you, tell you what they’re thinking, and then move along once it’s been discussed.

If you like drama for some crazy reason, you’re probably not going to enjoy dating an older woman. But, if you like for things to be simple and straightforward (and still fun), you should really look into getting involved with an older woman. Just keep in mind that they’re not going to stand for your drama if you bring some to the table, so leave that stuff behind.

They’ve been alive longer than you and most likely have experienced a lot more than you. This is not always the case, but it tends to be true way more often than not. They’ve probably had more relationships, experienced more of life’s ups and downs, and have a stronger grasp on what life has to offer.

What does this mean for you and a potential relationship? They’re going to be much wiser and helpful with your relationship as well as giving you advice for things going on in your own life. We don’t want to use the term mentor because that isn’t really the type of relationship it is, but it’s more of having a really smart partner that knows how to help you navigate through life.

As a man, this might be a little new for you as you might be used to “leading the charge” in the relationship. But, when you’re dating an older woman, you are certainly going to want to enjoy the fact that they are much more knowledgeable on a lot of life’s happenings. And just for the record, we’re not implying that the man is supposed to lead the charge in a relationship. We think it should really always be a team effort.

Cons of Dating an Older Woman

Dating an older woman sounds pretty awesome, yea? Well, we think that it is. But, it’s not all gumdrops and rainbows. There are some things that many would view as negatives about dating an older woman. Keep in mind that some of these negatives are not going to matter to some of you and some of you might even view them as positives. We just wanted to give you the full, unbiased look at things so that you can make the best and most informed dating decision that’s right for you.

People Are Going to Judge You

It’s inevitable that some people are going to judge you for dating an older woman. A lot of people will just be happy for you that you found someone to make you feel special or have fun with, but there will be those people that believe age is much more than just a number.

A lot of this is going to depend on how much older the woman you are dating is or more how much older she looks than you. If you look close in age or are actually fairly close, you probably won’t hear much out of people at all. Anything under about 7 years difference is where we see people treating that as a completely “normal” relationship. When you start to get over the 7-year mark is where we’ve noticed the grumblings from others usually start.

Here’s what we think and forgive us for jumping up on our soapbox. Who cares what other people think? This is especially true for the random people that you don’t even know. You should be confident enough in your decisions that what they say or think does not affect you at all.

As for the people that are close to you, they should be happy that you’re happy. If they’re not, it usually comes from a place of unhappiness or jealousy within them. Honestly, they need to get with the program and support you and just be happy that you’re happy. It’s not like you decide to run out and start a drug cartel or something like that. You decided to date someone who is older than you. Is that really something to jeopardize a friendship or family relationship over?

We’re climbing off of our soapbox now.

It Won’t Work if You’re Not Emotionally Mature

As we already mentioned, older women do not like drama and are not interested in revisiting the crud they had to go through when they were younger and dating. They’re not expecting you to turn into an old man (they enjoy the fun you bring to the table), but they are expecting you to act like an adult with certain things.

Most importantly, they are going to want you to be emotionally mature and be able to communicate like an adult. If this is something that you struggle with, you might want to save both of you the time and stick to dating girls in your own age bracket. If you bring drama to the table, you won’t be sitting at the table for very long.

Most older women will understand that you’re younger, so they’re going to be accepting of some things. As we said, they will probably even like some of your youthful exuberance and the traits you bring to the relationship. But, make sure that you treat them with respect, act like an adult, communicate well, and don’t bring emotional drama to the table. If you can do all of that, then you may be a perfect fit for dating an older woman and getting to enjoy those benefits.

Older Women May Have Some Baggage

As we all progress through life, we accumulate baggage. Some of us have more baggage than others. You need to be willing to accept the fact that the older woman you are interested in may have some baggage. She might have kids, ex-husbands, or other relationship things that she’s been through.

Does this make her any less awesome? Not at all. While some people view baggage as a bad thing, we like to think that it helps to define who you are today. She would not be the same person you’re interested in if she didn’t go through the life experiences that she did.

So, does that mean you have to accept her baggage? If you want to date an older woman or any woman for that matter, you have to be willing to accept their baggage. This doesn’t mean you have to suddenly become dad to her kids or anything crazy like that. But, it does mean that you need to accept who she is and don’t judge her for the decisions she’s made prior to you. If you can do that, then you’re good to go, and this negative does not exist.

As you can see, dating an older woman is a decision that does require some thinking. It’s up to you to decide if the pros outweigh the cons. We can’t do that for you as every single situation is completely different. If you are looking for specific advice about your situation, you can always navigate over to our free forums where other members and our relationship experts are to give you some help.

To us, age is just a number, but you do need to consider everything that we mentioned above before you move forward with a relationship with an older woman. Do that to protect yourself and out of respect for her.