Home » Punctuality Means More Than You Think to a Date 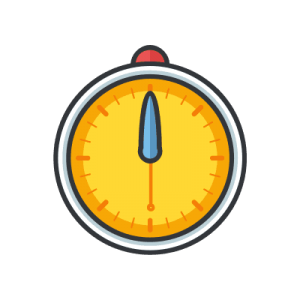 Hurry! You’re going to be late! If you’re someone who is habitually late or struggles to be on time to places, it might be a bigger problem than you think. Specifically, we want to talk about how it might be setting you up for failure if you let your problem sink into your dating life.

Here’s something we’ve learned over the years. People who are late all the time don’t really think it’s that big of a problem. On the flip side, people who are usually on time think that it’s a huge problem. If you’re trying to woo someone that subscribes to the different camp than you on this topic, you’re going to end up with a lot of problems…a lot more than just waiting or having to apologize for being a few minutes late.

Why Being On Time Is a Big Deal

Here comes another dose of truth courtesy of us 🙂 When you are late for something, you are saying that you and your time are more important than that person and their time. People who are habitually on time know what we are talking about. People who are habitually late, you may want to take a minute to let that sink in. When you show up late on a date, you’re telling your partner that your time is more valuable than theirs.

If you’re brand new in the dating process, how do you think they are going to react to that? Well, if they have any resemblance of a backbone, they’re going to tell you to kick rocks (that’s redneck speak for go away). You might think that they’re overreacting, but in reality, they’re just responding to what is important to them.

What You Can and Should Do

Let’s be clear here for a second. We aren’t talking about being late one time because there was an accident on the freeway. We’re talking about people that are habitually late to dates. It doesn’t matter if you have a good excuse every time; after a while, the other person is going to get annoyed and take it personally. You may think they are great excuses, but after a while, they become just that – excuses. Everyone else on this planet has to deal with traffic, life, and anything else that gives you fits when it comes to being on time. If they can make it happen, so can you.

So, what are some actionable steps you can do to help yourself be more punctual and more respectful on dates? First, plan accordingly. If your date is at 8 pm, you should NOT be aiming to be there at 8 pm. You should always be aiming to be there 15 minutes early. In your mind, you should believe that the date is at 7:45. When you truly buy into that, if you’re accidentally 10 minutes late, you’re still 5 minutes early.

Also, if you know you are going to be late to a date, let your date know immediately. You should be doing this whether you are going to be 1 minute late, or 30 minutes late. If you’re going to be more than about 10 minutes late, ask your date if that’s ok or if they need to reschedule. Make sure they don’t think you’re trying to get out of the date when you mention that. Just be courteous and let them know what is going on. You would want them to do the same for you.

If you do have to call and let them know you are going to be late, always under promise and over deliver in regards to when you will be there. If you’re going to be 15 minutes, don’t tell them 10 minutes and impressively show up late for your already late time you gave them. Tell them 20 minutes and then show up a few minutes early for that. It will go a long way and does give you a little cushion in case something else happens.

It’s all about respect when it comes to getting to know a new person you are dating. Respect is not just freely given anymore, it must be earned. Get some brownie points with your date by letting them know that you care about them enough to show up on time. On the flip side, you should be expecting this from them in return.  If they aren’t giving you the respect that you deserve, you may want to question why and if it’s worth your time and effort to continue on with them.