We’re pretty excited about this! We’re firing up a brand new blog series that you’ll see popping up from time to time when our writers have more to share. We’re calling the series, “Online Dating Red Flags.” If you’ve ever seen the SNL sketch called Red Flag, you already know what we’re talking about.

For those of you that haven’t or didn’t click the link, we’ll explain what a red flag is and introduce our first one to you today. The entire goal of this series is to arm you with the information and knowledge you need to avoid the creepers and the weirdos in the online dating world. That is, of course, unless that’s what you’re into.

What is an online dating red flag?

In this series, we’re going to cover some of the biggest and most telling red flags we’ve seen. There are a few things that you need to be aware of, though, before we get started. First, a red flag does not always mean that a potential match is trouble. They are not the end all judge and jury. The point is that most of the time they are signs that there may be a problem. We’re not saying to run from everyone that exhibits a red flag, but you need to be more on guard and consider high-tailing it for the hills.

If you see multiple red flags, that should be your clue to take off. There are tons of awesome singles online, and tons of awesome online dating sites chalked full of thousands of people to choose from. There’s no reason that you should get wound up and spend your time and resources on someone who may end up being a lot more than you bargained for. That’s our nice way of saying they’re crazy.

Now that we’ve gotten the basics out of the way let’s jump into our first red flag of this online dating series.

Online dating profile pictures are what most people look to first. They want to see what someone looks like, try and guess what they’re like, and most importantly see if they are attracted to them. The ability to post multiple pictures on your profile is awesome. It gives you the chance to show people who you are, what you like to do, and what you’re all about without using any words.

But, there are A LOT of potential red flags when it comes to profile pictures. It’s easy to hide things in the words on your profile, but it’s not so easy to hide things when you have to show them in picture form. Let’s talk about what you should be on the lookout for.

No Pictures or Not Enough

Yes, some people are going to be hesitant to put out online what they look like. This might be because of professional discretion or for security reasons. We can get this. But a lot of people will take advantage of this because they might not be who they say they are or they might not look as good as they are leading you to believe that they do.

It’s fine to have no pictures when you first start talking to someone. We wouldn’t say to run from that necessarily. In fact, some of our staff has told us that the most beautiful and best-looking people they’ve gone on dates with initially had no pictures of themselves. What we are saying is that if after talking to them for a while and getting ready to meet they haven’t shown you what they look like, you may want to consider throwing the red flag.

From a safety standpoint, you need to know who you are going to meet and what they look like. You need to know that they are who they say they are and you’re not walking into a potentially awkward or even dangerous dating situation. If they refuse to show you who they are, you might want to put on your running shoes and head for the hills.

We like to call these the potato pictures because they look like they were taken with a potato for a camera. Pro tip: potatoes do not make great cameras. These are the photos where it’s tough to make out exactly what someone looks like or who they are in the picture. It might even look like a picture that was taken in the early 1900s. This also includes those pictures that females are famous for taking where they are at some crazy weird angle where you can’t really make out if you’re actually seeing them or an optical illusion.

This should be an instant red flag that the person you’re talking to might not look exactly like they are trying to portray themselves. This can mean that you might not be attracted to them or they may even be a different person than is posted. It also is a red flag that the person may have some serious self-esteem issues that you may or may not be prepared to deal with. Be wary when you can’t clearly make out what someone looks like.

On a side note, this can also mean that they used some sort of photoshop to make themselves look better. While this does happen quite a bit with very small things, it can be a red flag if pictures are highly edited with crazy filters to try and hide something. Here’s a hard and fast rule of online dating. If someone is trying to hide something from you and you are not playing hide and seek, it’s going to be a bad thing.

Different People or Not?

Sometimes people will look completely different in all of their photos. Unless they are a fashion and makeup expert, this should be a red flag. Most likely they are showing you pictures from a lot of different time frames which means they are not current and you may be getting an inaccurate picture of what the person looks like.

What’s the approach here when you see this? Honestly, the best approach is to make a comment about it. “Hey, I like your pictures, but you look totally different in each one. Which one is more accurate to what you look like now? Do you have any more pictures that show that? I’d love to know more of what you look like.”

It’s as simple as that.

A few things that we hope you’re taking away from this article. First, remember that pictures aren’t everything. We didn’t really touch on this, but we want you to know that there is more to a person than just what they look like. Pictures CAN be everything, though, when they alert you to a potential red flag. If you see pictures that don’t match up with the rest, are nonexistent, or are too blurry or angled weird to make out, you may want to investigate things a bit more.

Sometimes people are terrible photographers and have no great pictures of themselves. Yes, this happens. However, it can’t be too much to ask for an accurate and current picture of what someone looks like before you agree to invest time and money to go on a date with them. 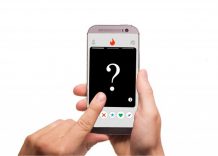 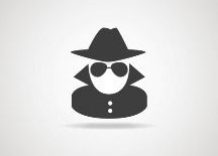 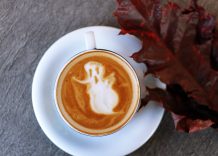 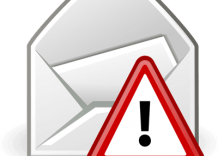 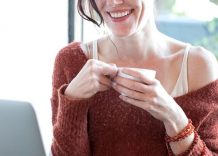 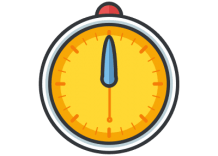