Communication! If you haven’t heard that buzz word thrown around at least 850 million times when talking about dating, you’re living under a rock. Normally when buzz words are thrown around, we have a strong tendency to disregard them.

In this situation, though, we want to implore you not to look the other way. If you want to be successful dating and dating online, then you need to be able to communicate effectively.

Now, we’re not going to teach you everything you need to know to communicate effectively. That would probably take years and a lot of the information you probably know already. What we are going to talk about today is a specific tip that is of the utmost importance to your success dating.

What we’re talking about today is effectively stating what your dating intentions are to the singles that you’re talking to. The better that you get at doing this, the better your results are going to be, and the less time you’re going to waste. Effectively stating your intentions is the key to protecting your heart from getting crushed and to protect you from ending up in some terribly awkward situations.

What Does Stating Your Dating Intentions Mean?

Clearly stating the answers to these questions is vital to dating success. Obviously, the first step is knowing what the answer to that question is. This will require you to take a little time by yourself and figure out exactly what you’re looking for. If you’re not positive, that’s okay. You’ll just need to be open about that when you state your intentions. We will say, though, that the surer you can be about what you want, the better things are going to be.

Why Is This Important

The reason this is important is it makes sure that both dating parties are on the same page. It makes sure that neither you or the person you are chatting with have different expectations about where the relationship or dates may be going.

Have you ever started dating someone you really liked only to find out they weren’t ready for a relationship or weren’t looking for anything committed? This happens all the time, and it leaves your heart hurting or the other person’s heart hurting as they were getting their hopes up for something that wasn’t there.

You see, it’s completely okay to want to date casually and not be looking for something serious. There is literally nothing wrong with that. Where it becomes a problem, though, is when you or the person you’re dating don’t make it clear to one another.

Tips For Stating Your Dating Intentions

Be Direct, But Not Too Direct

There’s a bit of a fine line between being direct with stating your intentions and being too direct. If you’re going to err on one side, though, make sure that you are erring on the side of being too direct. For example, let’s say that you’re wanting to find someone special to marry eventually. When you state your intentions to someone you just started dating, don’t say, “I’m only dating to find someone to marry.” While this is correct and totally fine, it comes across like you’re desperately looking or too fixated on getting married.

What is better is to say something like, “I’m really looking for something that could potentially develop into something serious and hopefully eventually marriage. I’m not really interested in dating someone just for the fun of it.” Notice, this says the exact same thing, but it’s not as in your face/marriage-obsessed sounding.

Don’t Be Wishy-Washy Leading Someone On

Whatever you do, don’t change how you state your intentions to mirror the person you are interested in dating. For example, let’s say that you’re just looking for something casual and fun, but they say they are looking for something serious. Don’t suddenly tell them that you’re potentially interested in something serious unless that is the actual truth. This is how so many dating situations end up with people getting hurt. You CANNOT amend what your intentions are to appease someone else and keep them around.

This goes both ways too. If you’re looking for something serious, but someone tells you that they aren’t, don’t tell them you’re okay with that in hopes that you’re going to change them. It’s not going to happen, and you’re just setting yourself up to get hurt. Save yourself the pain and stick to your guns about what it is that you want.

Talk About it Up Front

This is not a conversation that you should have several weeks into dating someone. This should be included in one of your first one or two conversations with someone. If you are chatting with them online, ask before you go on a date with them. Don’t just look at what they have posted on their profile as a lot of people don’t post what they’re really looking for. It’s also hard for some people to put what they want into a definitive one-word answer.

If you go on a date with them and don’t meet through online dating, it should be discussed on the first date. It doesn’t have to be a super-serious conversation that sucks the fun out of the date, but it needs to be discussed, and you need to have at least an idea that things are moving in the right direction.

Use the Right Type of Dating Apps

You can state your intentions all you want, but if you’re at the wrong type of dating app, you’re not going to have much luck. For example, if you’re looking for Jewish singles but you’re at one of the best dating apps for sugar daddies—yea, that’s not going to work out so well. If you’re paying the higher eHarmony cost for membership (a site focusing on marriages) but you’re looking for casual fun—yup, that’s not going to work great either.

The point here is that stating your dating intentions protects you from getting hurt and also helps you to use your time more effectively. Ultimately, it will help you find what you’re looking for much faster and effectively. When you share your dating intentions with someone else, they should naturally share their intentions with you. If they don’t, ask. Effective communication goes two ways, and that rings true for this situation as well. 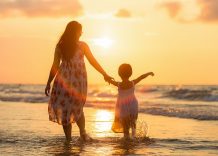 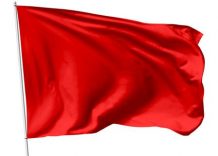 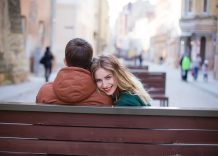 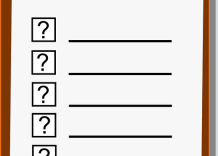 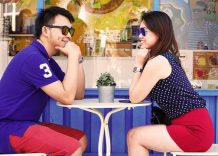 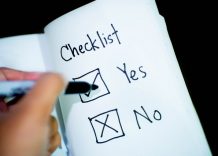 Jason Lee is a journalist with a passion for writing about online dating, relationships, personal growth, healthcare, and finance. In 2008, Jason earned a Bachelors of Science from the University of Florida, where he studied business and finance and taught interpersonal communication. His work has been featured in the likes of The USA Today, MSN, The Motley Fool, NetHealth, and The Simple Dollar. As a business owner, relationship strategist, dating coach, and officer in the U.S. military, Jason enjoys sharing his unique knowledge base with the rest of the world. Follow Jason on Facebook here.